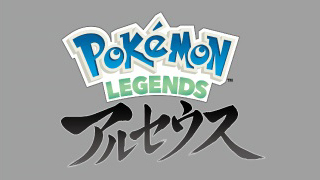 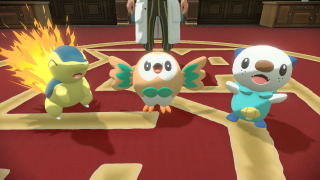 The latest video game of “Pokémon” series, with actions and RPG merged and fused.

A player travels around the world and capture many Pokémon to complete the Pokédex.
While the playing method peculiar to the series is same, new action elements are added. In order to catch Pokémon, players need to enervate them by fighting a battle in the other games. In Arceus, A player can throw Poké Ball at Pokémon.
Moreover, new battle systems such as “Strong Style” and “Agile Style” and new Pokémon are introduced.

The game won the award gaining many supports from children who plays the series for the first time as well as adult series fans.

“Pokémon Legends: Arceus” was released on January 28, 2022, for the Nintendo Switch. “Actions” and “RPG” fused, and a new door opens to the “Pokémon” series.

The game takes place in the Hisui region, where the magnificent landscape spread long time ago, when people rarely live intimately with Pokémon.

The region will be called the Sinnoh region in the course of time. A protagonist has adventures and examine the ecology of Pokémon in many places to complete the first Pokédex in the Hisui region.
In Arceus, new action elements are added to game plays common to the series.
For example, a player does not have to fight and enervate Pokémon to capture them. Instead, he/she can carefully observe Pokémon, hide himself/herself in weeds and approach them, and throw Poké Ball at them. A player can enjoy the playability, which is different from the past series titles. 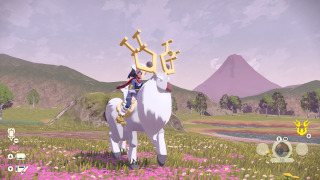 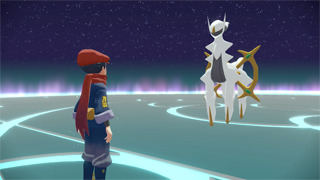 I sincerely thank you for selecting “Pokémon Legends: Arceus” for the Award for Excellence at the Japan Game Awards,

On behalf of the Development Team, I would like to extend our gratitude to voters, and players throughout the world who traveled around in the Hisui region to examine Pokémon.

We started to develop this game, setting a high goal of drastically changing game designs of the “Pokémon” series, which we had been producing for years and creating a new play.
We really wanted to deliver this game to people who had not been interested in the series and to deliver new experiences to those who had played the series titles.
Therefore, we are dedicated to keep the essential joys valued by the series and dig out the joy with new plays in the game design and expressions.

It was difficult to attain a sense of balance during the development phase, but we managed to make it thanks to staffs’ proposals and their persistent improvement and coordination.
I am really grateful to the development staffs and interested parties.
Above all, I would like to extend my gratitude to you, who accepted and played this game on this occasion.
Thank you very much indeed.

This fall, “Pokémon Scarlet and Violet,” which was developed by GAME FREAK Inc., will be released.
The new game is an orthodox evolution, and at the same time, those who played “Pokémon Legends: Arceus” as the first game in the series will enjoy without fail. It would be a great pleasure if you are interested and wait for the release.
Again, I sincerely thank you for selecting this game for the Award for Excellence at the “Japan Game Awards 2022,”