Award for excellenceTales of ARISE 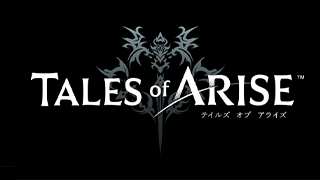 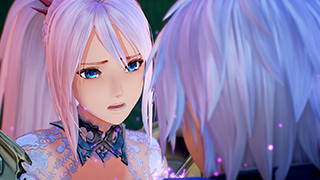 The latest game of the “Tales of” series celebrating its 25th anniversary.

The theme is “Inheritance and Evolution.” There is a tremendous evolution in this ambitious work while elements special to the series are same.
Explore the picturesque world drawn by AtmosShader.
Facial expressions of characters, which were created in facial CG. express richer emotions.
And the standard battles have become speedier and made remarkable progresses.
Only this series can handle such serious and classic storyline about the feud between two planets.

This game successfully satisfies the expectations of users who were waiting for a new game. The game won the award because many voters said in the general vote, “All are awesome: the story, graphics, characters, and battles,” and “RPG royal road.”

Twenty-five years have passed since the release of the first game in the “Tales of” series. This work achieved a tremendous evolution as well as inherits the tradition of the series and was released as the latest of the series.

The series express fantasies in a friendly illustration style. A newly developed “AtmosShader” refines the expression in a unique way while getting better performance out of the latest platform. It produces an art style with higher sense of immersion, sensitively harmonizing impressive touches like transparent pictures with changing light and atmosphere, and expressions of characters with presence.
In addition, the battle system improves the stylish mood and the touch feeling of actions. The battle system pursuits the exhilarating feeling in a coalition. A magnificent drama creates sympathy toward characters thanks to the expression greatly upgraded by the facial CG. They are considerable appeals.

The game shows the meaning of freedom on two planets where people are divided and controlled through conflicts and growth of characters, who rise in rebellion in search of freedom. This suits the current times when everyone raises his/her voice aiming at diversity. 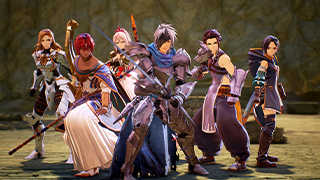 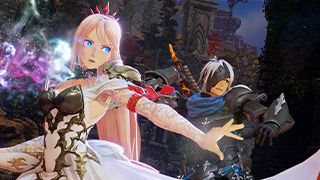 I am very grateful for receiving such a wonderful award this time.

We developed “Tales of ARISE (hereinafter called ARISE)” as the dawn of new age for the series loved for a long time of 25 years.
Under the development theme “Inheritance and Evolution,” we reconstruct the series, facing the most essential charm.
In addition, we created the game, thinking we would again deliver the charm of this series to the whole world.

We are very glad that more people than ever played and enjoyed Arise, thanks to our efforts.
Thriving on your supports, we push forward our work to pursue the growth of the series and the possibility of JRPG,