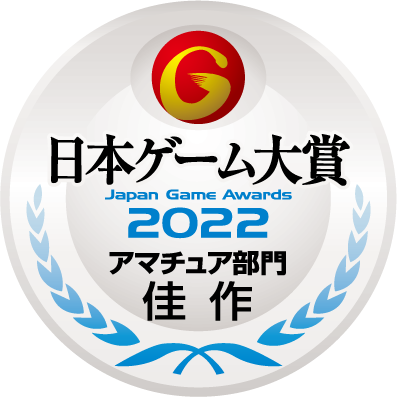 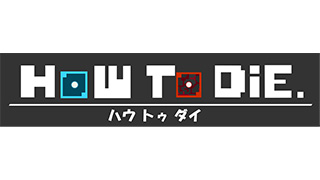 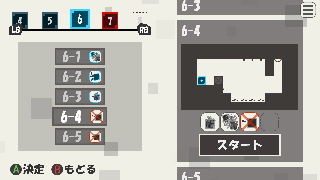 All happy families resemble one another, each unhappy family is unhappy in its own way.
This word of wisdom almost applies to games. Don’t you think all game completions resemble one another, but each character dies in the middle in his/her own way?
In fact, convincing death (to create it in an effective way) requires more creativity than the completion of the game.
There are ideas for respective death: falling from a height, a thorn piercing into the body, fighting an enemy, etc. We should think the balance of death and in what degree a character should die.
It may look paradoxical, but this game may challenge such creativity in a straight way.
A user playing the game requires the creativity to produce ideas and the technique to determine how and in what degree a character should die.
I feel an antithesis: in a life game, tapping a button leads to the completion of the game while in a death game, creativity and technique are required.

A puzzle game where a player operates two blocks, blue and red, and destroys blue blocks in many ways.

This game links the operated stick’s movements with those of two blocks and gives a player “visual” and “sensory” “feels” of destroying blocks.

Many methods to destroy blue blocks are prepared such as touching a red block, falling from a height, and piercing with a thorn.
A rule enhances the playability of this game: “A player cannot use a same destruction method to destroy a block in one stage.”
If there are 3 areas in a stage, a player must use three different methods in destroying a block in three areas. Namely, one method can be used only once.

This is a unique game developed in a commitment to direction such as effects, sounds, and vibration in a point of view: “how to die,” 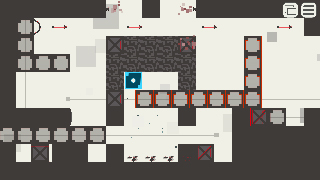 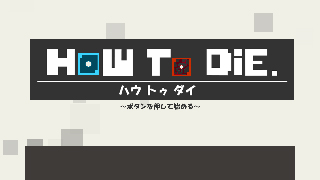