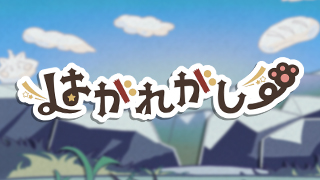 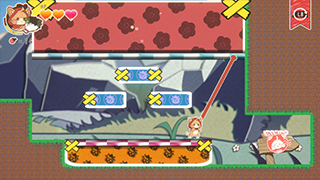 I am afraid we judge games inevitably depending on preferences, our specialty genres, and what judges place importance on. But This time, all the judges voted for Unnie at the final judging. There was a unanimous consensus. All judges said, “We would be crazy if we did not give the Grand Award to this game.”

The biggest reason was a high level of completion of the game.

To achieve a high level of completion is no easy. We recognize this is a tough road that we just can't get to by just taking our time.

Of course, great games have wonderful ideas and arts. Unnie also definitely has them at the base of its fun.

Still, the level of completion would be higher only when wonderful designs are involved in developing games to make players fun in their game experiences.

And if game developers just round off and adjust corners, the game does not become fun. To make the right choices and determine where to put energy, it is necessary to fully understand the appeal and flavor of the game, and then objectively face the reality based on the actual device.

When I played Unnie Institute, I felt signs that the team took down-and-dirty approach and were sincere in their approach to the end from the user's perspective.

I guess they faced many difficulties in creating this game as an action puzzle game.

Putting a customer tackle a puzzle tends to be a stoic experience. Still, clearing a puzzle “by dumb luck” does not lead to understanding rules or learning theories for the next level, and so on.

Quite selfishly, I imagined that there were many times when they had to seriously think about their game from the user's point of view, such as the sense of setup that comes with a stage-clearing system and the design of how gimmicks appear for the first time.

And I believe that the level of completeness of this game comes from a fact that the team confronted the reality and sublimated the game one by one to make the game experience great.

The balance and timing of switching between the tactile and dramatic attraction of breaking crystals and the true pleasure of clearing the game by using one's head was well calculated, and surprises reasonably appear. I think strategies based on (1)(2) and (3) guides not only show rules but also present funs.

The ending for the customers who stayed with the game to the end was also great.

Players think they destroy crystals with Unnie. But such actions become a universal and big theme. The game affirms the customer's playtime as meaningful.

I can't say enough other good points, but it was a great game, where players feel 100 hospitalities for 10 experiences. I can proudly say that it will be an unforgettable game for many people. I guess the team members already knows what is important for game development.

I expect their great future success. Congratulation for winning the Grand Award!

The game is well-directed, responsive, and allows players to repeatedly play the game by trial and error. I found myself engrossed in playing with the game.

The gameplay style of exploiting the gimmick in real time, utilizing the up and down loops, is so comfortable that even if you fail, you can easily think of the next way to try. The level of completion is quite high.

The gameplay style is simple. By showing the game and letting a player experience it first, they can understand what the gameplay is. The level design is also excellent, trying to make the player learn through play. These contribute greatly to the level of completion of the game.

I felt that this game is so good that it can be for sale just as it is.

It is difficult for even professional game developers to achieve both “ideas” and “creative ways to let people play.”

I'm sure it's the result of repeated trials and errors during development. Please keep on using your passion and experience in the game development.

In this action puzzle game, a player controls a mysterious sea urchin-shaped creature named “Unnie” and tries to destroy all the crystals on the stage.

The developers focused on two characteristics from the theme “Möbius Strip”: “vertical and horizontal flip" and “looping.”

The player controls two stages, which are flipped vertically and horizontally, looks for a loop point, releases Unnie on a continuous stage, and destroy crystals in a breath. The player has to understand where the two stages loop together and where they lead and roll Unnie. The exhilaration he/she feels when he/she can clear a stage with one stroke of the pen is outstanding. 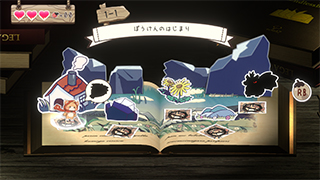 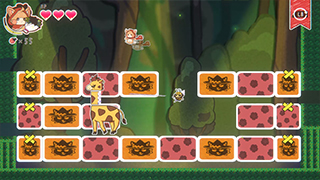